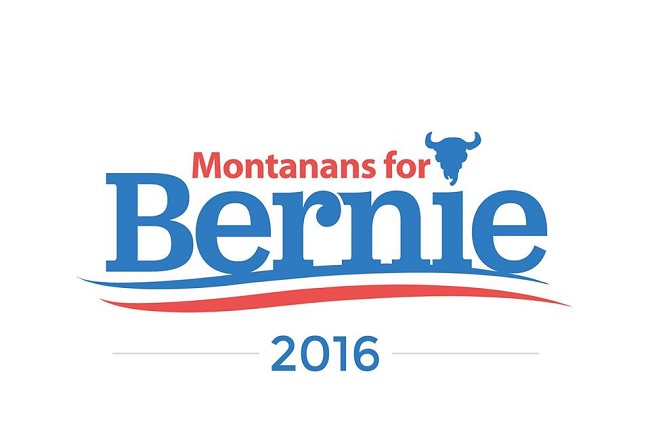 The pro-Sanders group shared an image on its Facebook page from a pro-McGovern 1972 campaign ad from Yale University which plays off statements by many commentators at the time who stated that McGovern could not win the presidency. “George McGovern can’t win,” it states. “He has no fat cat money behind him. He refuses to compromise. He speaks out on issues long before they become popular. He can’t be bought. How can a guy like that become president?” The Facebook post is shared with the tag line “sound familiar.” 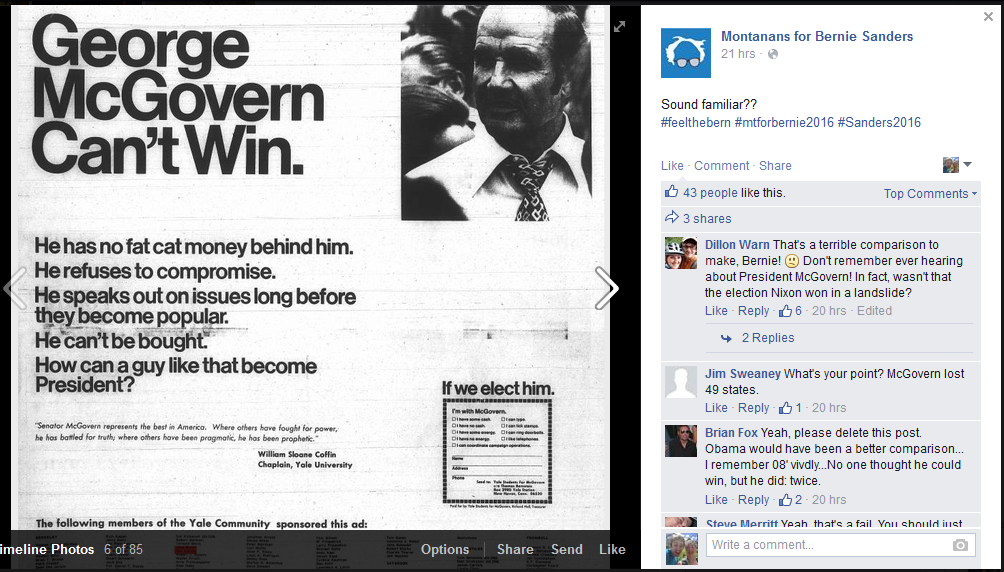 The point clearly is to emphasize the parallels between Sanders and the longtime Democratic Senator from South Dakota, who also had a strong left-wing populist following.

The problem? McGovern did not win. While he did manage to secure the Democratic nomination, he went on to lose in one of the largest landslides in modern presidential history to Richard Nixon. McGovern managed to win just one state — Massachusetts – and the District of Columbia, garnering just 17 electoral votes, and just 37.5 percent of the popular vote. He even lost his home state of South Dakota. Nixon won 49 states, 520 electoral votes, and 60.7 percent of the popular vote.

The 23.2 percent popular vote margin is the 4th largest in the history of U.S. presidential elections.

The post — which has since been deleted — even drew the ire of Sanders supporters on the page, with several encouraging the group to delete the post, not wanting their candidate to be compared with a candidate who lost 49 states.

Like McGovern in 1972, Sanders has struck a populist chord with many liberal and Democratic voters who are weary of the “politics as usual” attitude of more establishment Democrats such as the supposed front-runner in the race for the Democratic nomination Hillary Clinton. Clinton is currently faltering in the race as she struggles with an aloof public persona, multiple connections to foreign and corporate interests, questions about possible illegal handling of emails while she was Secretary of State.

According to current polling, Sanders has pulled ahead of Clinton in the critical early voting states of Iowa and New Hampshire. While Sanders looks like strong contender for the nomination at this point, perhaps his Montana supporters should look to a better example for “a winning underdog” than George McGovern.