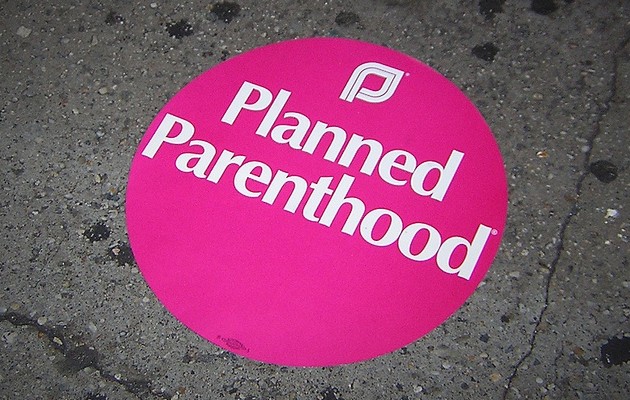 In the wake of the release of  a number of disturbing videos showing Planned Parenthood affiliated workers in other states discussing the price of body parts of aborted unborn children, there is renewed controversy over the amount of taxpayer money that the organization receives.

According to expenditure data from Montana’s online checkbook, the State of Montana made payments to Planned Parenthood and its affiliates totaling just about $2.03 million in fiscal year 2015.

Federal law prohibits taxpayer money from directly funding abortions. However, there is no prohibition on recipients using the money to pay for the overhead costs associated with maintaining an abortion clinic.

The vast majority of Montana expenditures to Planned Parenthood were made by the Dept. of Public Health and Human Services (DPHHS), which accounted for more than 98 percent of payments to Planned Parenthood. Payments from DPHHS were largely listed under two categories: “federal sources-contracted services” and “social assistance.”

According to information provided to Media Trackers by DPHHS, “federal sources-contracted services” accounted for $972,705.15 in payments to Planned Parenthood affiliates. The majority of that amount — $760,455 — comes from federal grants. The other $212,250 comes from the state general fund for “clinical services.”

The Title X and MCH (Maternal and Child Health) Block Grant — also known as Title V — funding have been the primary target of pro-life lawmakers who are seeking to cut off taxpayer funding to Planned Parenthood. Title X is a program that provides funds for family planning services such as birth control and contraception. Title V funding goes for matching funds to pay for maternal and child health programs.

In Montana, Title X funding has proven to be a contentious issue in recent legislative sessions as heavily Republican (and more pro-life) legislative bodies have had to work with a pro-choice Democratic governor to allocate those funds in the budget. In the 2015 session, lawmakers passed HB 606 — sponsored by State Rep. Christy Clark (R-Choteau — which removes direct legislative control of Title X funds by placing them into a special revenue account that is directly overseen by DPHHS.

The “social assistance” category accounts for about $1.05 million in payments, and is simply payment to Planned Parenthood for services rendered to patients. A large chuck of this amount are payments made on behalf of patients who are on Medicaid. Because Medicaid pays providers directly for services and most private clinics and hospitals accept Medicaid, some do not consider this “direct taxpayer funding.”

The controversial videos, which were published by the pro-life Center for Medical Progress in an undercover “sting” operation, purport to show Planned Parenthood workers haggling over the price of fetal body parts with prospective buyers, and statements that abortion procedures are changed to preserve certain body parts if there is an interested buyer. They also include testimony and a video showing that some babies are still technically alive after the abortion, but are still dismembered.

For its part Planned Parenthood continues to argue that the controversial videos are “heavily and selectively” edited and that they’ve done nothing wrong. They also claim that abortions account for just 3 percent of their overall services — a claim that has been disputed by opponents — and that cutting off taxpayers funds to the organization will end up restricting critical access to healthcare for patients who use the clinics.

There is an ongoing effort by pro-life lawmakers — in the wake of the video revelations — in Congress to cut Title X funding to Planned Parenthood affiliates and re-route the money to Community Health Centers, which far outnumber Planned Parenthood clinics and provide many of the same services, but do not provide abortions.

According to its website, Planned Parenthood of Montana maintains clinics in 4 Montanan cities: Missoula, Helena, Great Falls, and Billings. There are 16 Community Health Centers across the state

State lawmakers in Kansas and Texas successfully cut off Title X funding to Planned Parenthood by establishing a tiered system of eligibility whereby county health centers and public clinics get first priority and Planned Parenthood and abortion-providing organization getting last priority. While they are not specifically banned from receiving funds, the Title X grants were completely allocated to upper higher priority clinics.

Other states, such as Wisconsin are now considering similar legislation.