When Charlene Allmer found out that she had to miss her high school prom in order to atttend a meeting in the state capital, her Dad wanted to do something to help out.

So, after the high school sophomore from Wolf Point, Montana wrapped up her meetings as a member of the Student Advisory Board for state Superintendent of Public Instruction Denise Juneau, her Dad Lee decided to take her to Bozeman.  That’s where Rob O’Neill, the Navy SEAL credited with killing Osama bin Laden, was scheduled to speak.

By the end of the night- Charlene was saying, “Prom SCHMOM!”  Why? Well, since she had to miss out on her prom night- Navy SEAL Rob O’Neill agreed to take her on the stage for a dance as the Mohr4 played live in the background.

Here’s video taken from a handheld cell-phone during the event:

By the way, O’Neill was also featured in a recent copy of The Montana Pioneer, headlined: “Montana’s Ultimate Badass” 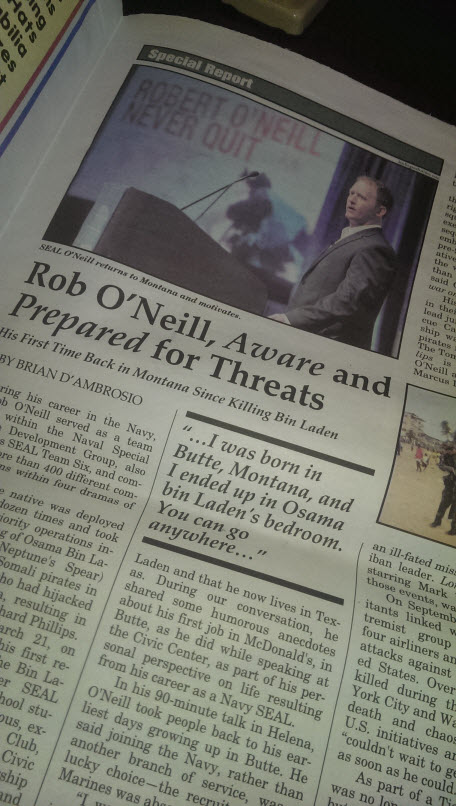