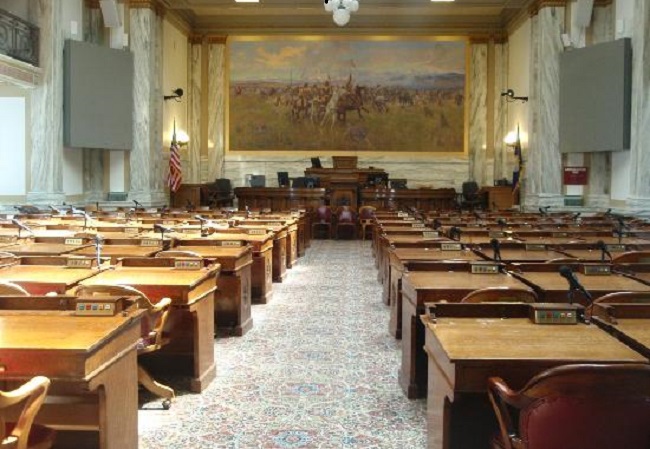 Parliamentary maneuvering and a strategic partnership between moderate Republicans and Democrats in the Montana State legislature have provided Democrats with de-facto control over the House of Representatives on two key issues this session.

In a move reminiscent of the underhanded wrangling by national Democrats used to pass Obamacare in 2010, a handful “moderate” Republican legislators joined with Montana Democrats to bypass opposition by changing chamber rules to pass a state Medicaid expansion plan (SB 405) and the controversial CSKT Water Compact (SB 262).

The moves were derided by House Republican leaders like Rep. Art Wittich (R-Bozeman), who characterized the strategy as “the law of the jungle” and simply “throwing the rules out.” Moderate Republicans legislators such as Rob Cook, Christy Clark, Jeff Welborn, Steve Fitzpatrick, Tom Berry, and Geraldine Custer repeatedly sided with Democrats, and, by simple majority vote, repeatedly overruled decisions by Speaker of the House Austin Knudsen (R-Culbertson) and the House rules committee.

House committees sent both bills to the Speaker’s desk with a “do not pass” designation which typically kills the bill unless three-fifths of the House votes to override. With Moderate Republican help and over the strong objections of conservatives, the bills went on to pass under the cover of an agreement reached at the onset of the legislative session which allowed the minority to bring a limited number of bills from committee to the full floor for debate by means of a simple majority — called “silver bullets.”  Despite rulings by both Knudsen and the House Rules Committee, that the “silver bullet” rule did not apply to the agreement, a vote was held and the rules were overturned.

Medicaid expansion, a cornerstone of Obamacare, seeks to expand health insurance coverage to tens of thousands of Montanans by loosening the eligibility requirements for individuals earning up to 138% of the poverty line. The CSKT Water Compact is an agreement between the United States, the Confederated Salish & Kootenai Tribes (CSKT), and the State of Montana over the extent of tribal water rights in Western Montana.

The long and complex compact has generated heated debate on both sides leading Rep. Gordon Pierson (D-Deer Lodge) to call the compact the “Obamacare of Montana” during floor debate.

Republicans in the chambers reacted harshly to the tactic which effectively gives moderate Republicans and Democrats a governing coalition in the legislature.

State Rep. Jeff Essmann (R-Billings) noted that, theoretically, now all bills of major importance to Democrats and moderates can now be voted out of committee on a simple majority and passed through the legislature along coalition lines, giving Democrats a major advantage in a Republican majority legislature.

Speaker Knudsen, in an op-ed published in newspapers statewide, accused Democrats and moderate Republicans of “throwing out the rulebook” and resorting to an “ends justify the means mentality.”

“A group of representatives who were upset that they weren’t getting their way used procedural maneuvering to sidestep the rules, rendering them basically meaningless,” Knudsen wrote. “This group has decided that they will use any means necessary to get what they want even if it means breaking the rules. A civilized body should never resort to an “ends justifies the means” mentality.”

Both SB 405 and SB 262 have already passed the Senate thanks to a coalition of Democrats and moderate Republicans in that chamber.

The moderate Republican coalition has also worked with Democrats to deny conservatives victories on other issues this session, most notably the bill seeking to require disclosure for so-called “dark money” groups that participate in elections.