While Sen. Max Baucus (D-MT) is trying to get a seat at the fiscal table in Washington, Gov. Schweitzer (D-MT) is showing off his “Veto Chicken” at the lunch table in Chicago.  That and more highlights are included below.

Ann Coulter’s latest book looks at racial demagoguery in the Democratic party…I wonder if she’ll ask the Gov about his remarks on racism in Montana?

Sen. Chuck Schumer roiled the debate over the fiscal cliff Tuesday with a speech at the National Press Club. Sen. Max Baucus is huddling with European leaders on the issue this week. And Sen. Mark Warner is aligning himself with a well-funded outside group and the Senate’s gang of deficit busters to be a go-to guy in the debate.

Baucus, chairman of the tax-writing Finance Committee, is taking a more back-channel approach.

He’s been in talks with Timothy Geithner, eating lunch with him at the Federal Reserve last week and dinner the week before at the Treasury secretary’s home, as well as speaking with him on weekly phone calls. He’s also been in touch recently with Federal Reserve Chairman Ben Bernanke as well as his friend and Republican counterpart in the House, Rep. Dave Camp of Michigan, who has the ear of Speaker John Boehner.

As for the “Veto Chicken,”  The Great Falls Tribune’s John Adams has this:

Not one to shy away from the limelight, Schweitzer, a Democrat, continues to thump his chest over last session’s record 79 vetoes of Republican bills with a tweet today featuring a photo of “veto chicken.”

Schweitzer, who has done little to temper speculation that he plans to seek a higher office after his gubernatorial term expires, was was the keynote speaker at NARAL Pro-Choice America’s 18th annual “Chicago Power of Choice Luncheon,” at the downtown Standard Club. According to Schweitzer’s spokeswoman, that’s where the “Veto Chicken” was served. 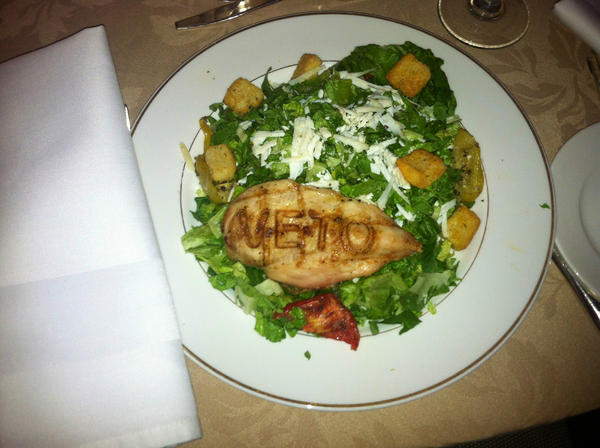