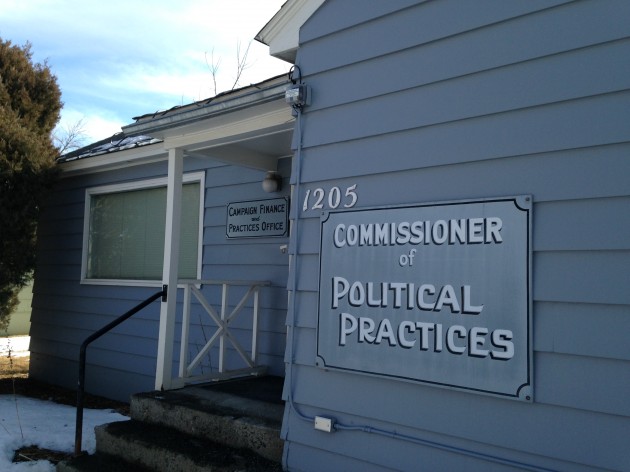 Representatives from the Montana Trial Lawyers Association (MTLA), the AFL-CIO of Montana, and MEA-MFT spoke at the end of the meeting bringing up problems with the overall “vagueness” of the rules, and asked the COPP to reconsider a number of provisions within the proposed rules.

“There’s a lot in here that’s very good, and I think it should be in there, but there’s a lot that’s scary and there’s a lot of potential for the gotcha’s as the chairwoman [State Sen. Dee Brown (R-Hungry Horse)] said earlier and I think that’s the part that kind of scares everybody that’s involved in the electoral process,” stated Al Smith of MTLA during the public comment period.

The new rules are being implemented by the COPP under the controversial DISCLOSE Act which passed the Montana legislature during its semi-annual session earlier this year. The act was sponsored by State Sen. Duane Ankney (R-Colstrip) and seeks to make Montana elections more transparent by requiring groups that get involved in state politics to disclose their donors.

The act also gave considerable rule making power to the COPP, a major reason why it was strongly opposed by conservative Republicans.

Smith, in particular, worried about a rule provision regarding the “primary purpose” of organizations that might get involved in a political issue.

Smith pointed to a change in the rules that shifted the definition of an independent committee from an organization with THE primary purpose of engaging political expenditures to A primary purpose. He then noted that, in the rules determining what criteria would be used to determine if an organization had primary purpose of political involvement, simply engaging in “election activity” appeared to be criteria enough to change a group’s status from “incidental” to “independent.”

Smith even stated that a church that did ads or mailers on a political issue could be declared an independent committee under these rules and be required to disclose its donors.

Chris Cavazos, speaking on behalf of the AFL-CIO of Montana raised concerns about the overall vagueness of the rules.

“We felt we understood the definitions and that they were very very clear. Unfortunately, we do not feel that these rules reflect that intent,” stated Cavazos. “As written, these rules inject uncertainty, compel disclosure of speech that is not inherently political, and really, most disturbingly, could be applied unequally from commissioner to commissioner.”

Eric Burke of MEA-MFT raised similar concerns to Al Smith of the MTLA regarding the “primary purpose” definition, stating that the “ambiguity” would “raise concerns for any membership organization” including MEA-MFT and its local affiliates.

Both Democrats joined the 4 Republican committee members present at the meeting to officially “object” to the rules, a procedural move will delay in the implementation of the rules at least until the committee meets again on October 14.

Also at issue with the DISCLOSE Act and the new rules is COPP Jonathan Motl himself. With a history of left-wing activism and previous violations of state campaign finance law, Motl’s appointment in 2013 by Gov. Bullock and his tenure have proven controversial.

Motl has more aggressively asserted his power over elections than previous commissioners and he has been accused of using that power to target conservative candidates and groups in his rulings, even going so far as to take the unprecedented step of recommending that certain candidates be removed from the ballot or certain office holders be removed from office.

COPP will hold rounds of public comment on the new rules at the State Capitol on Sept. 2 and 3 from 9AM to 4PM. Comments can be submitted electronically to cpprules@mt.gov.