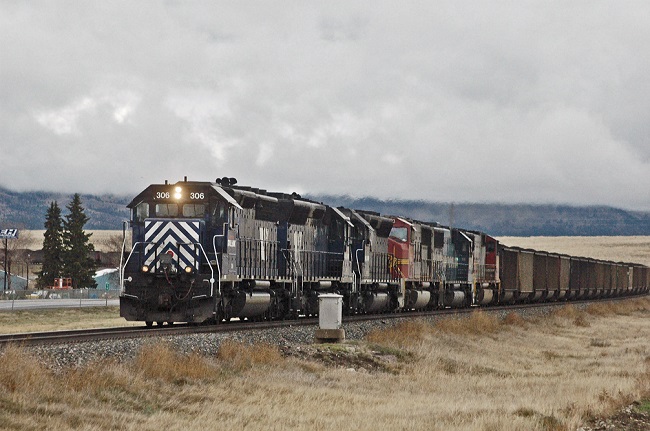 On Tuesday, the Missoulian reported that the federal Surface Transportation Board (STB) had denied a request by the Missoula City Council to hold a public hearing in Missoula regarding the building of a railroad spur to the proposed Otter Creek Coal Mine nearly 500 miles away in far Southeast Montana.

In the wake of the decision, left-wing environmental activists continued to make dubious claims about the impact of the mine project, claiming that coal trains, which will carry the low sulfur coal to terminals on the west coast for distribution and export to Asia, are environmentally harmful to cities along rail routes — such as Missoula — and that the mine will adversely impact Missoula through climate change.

“No one in his right mind thinks the new Montana coal will go to the domestic market,” Jeff Smith, co-chair of the environmental group 350 Missoula told the Missoulian. “Instead, it will all be exported to Asia, a journey that begins by train through 1,000 miles of Montana, Idaho and Washington. All our communities that have railroads going through their hearts will suffer.”

Despite Smith’s claims about the supposed dangers of coal trains, a 2012 study that was commissioned by the City of Missoula and carried out by McCrone Associates found that coal dust flying off trains was of “minimal, if not negligible” significance. Railroad coal loads that transit Montana are sprayed with topper agents that seek to prevent coal dust from blowing out of the cars.

Claims about the adverse effects of a huge increase of train traffic — which some environmental groups have claimed will be up to 40 trains a day — have also been disputed, as Montana Rail Link officials stated in late 2012 that the increase, if the Otter Creek mine and new west coast coal terminals were built, was more likely to be 8-10 trains a day, half of which would be returning empties.

Claims about the potential climate change impact of projects such as Otter Creek are much more difficult to prove or disprove. However, Stanford University economics professor Frank Wolak argued in an August 2014 interview with Shawn Regan of the Bozeman based Property  and Environment Research Center, that the increase of exports of Montana and Wyoming coal to Asia would actually decrease global greenhouse gas emissions.

Wolak — the director of Stanford’s Program on Energy and Sustainable Development — told Regan that exporting coal from the Powder River Basin of Montana and Wyoming will raise overall domestic coal prices, accelerating the move of U.S. power sources to the less carbon intensive natural gas.

Wolak also noted that the Asian coal market would still consume the same amount coal — and likely not of the low sulfur variety — regardless of whether or not the U.S. coal participated in the market.

The construction of the Otter Creek Coal Mine and the Tongue River Railroad that will connect the mine to BNSF Railway’s main line through Southern Montana remain highly controversial issues in state and regional politics. Montana has the largest coal reserves of any state in the nation.

A 2012 study from the University of Montana Bureau of Business and Economic Research estimated that the project will create 2,648 temporary construction jobs and 1,740 full-time jobs while bringing in nearly $100 million in state tax revenues and $125 million yearly in new income for the region.

However, environmental groups across the northwest have continually opposed any new coal mining projects and any new export terminals in Oregon and Washington, claiming that the coal mining will destroy pristine landscapes, pollute towns along rail routes and contribute to global warming. They have continually demanded exhaustive environmental impact studies of coal’s impact on the entire region and convinced local governments near the terminals and along the rail routes to pass resolutions opposing increased coal mining or demanding further study.

The STB will only hold public meetings on the Tongue River Railroad in Southeast Montana. However, they are planning to hold an “online meeting” on June 17 for anyone outside that region.