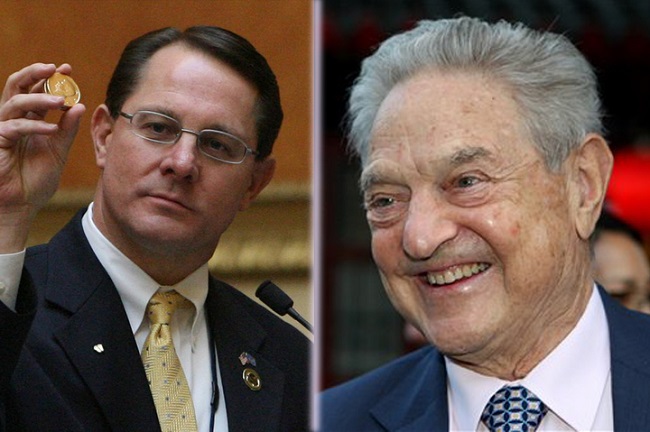 By: Ron Catlett and Dustin Hurst

As the Campaign for Accountability, an offshoot of a Washington, D.C. union and environmental radical attack group, wages an assault on a Utah lawmaker, a deeper look at the organization reveals stunning deception.

The innocuously named Campaign for Accountability, operating out of New York and D.C., filed three complaints — in Montana, Utah and Arizona — against Utah state Rep. Ken Ivory, a Republican, and his American Lands Council, claiming fraud of taxpayers.

The group didn’t pull punches in its press release. “Rep. Ivory is a snake oil salesman, cloaked with respectability by his position as a legislator,” said the group’s leader Anne Weismann.

Ivory’s American Land Council is partially funded through contributions from local governments. ALC’s tax records show he and his wife, who works there too, brought in about $115,000 in 2013, about 50 percent of the group’s budget.

Ivory leads a movement seeking that the federal government give up some of its hold on Western lands and transfer management or ownership to states. ALC contends states can manage lands more efficiently and maintain access for hunting, fishing and other outdoor activities.

A deeper look, ignored by the Salt Lake Tribune and myriad other media sources, reveals a more complex — and partisan — tale.

Instead of serving the public as an authentic nonprofit watchdog outfit, CfA serves as a partisan attack dog, attached to a leash held by environmental extremists, unions and other left-wing causes.

A web search revealed Ben Fortney, a digital strategist for Citizens for Responsibility and Ethics in Washington (CREW), holds CfA’s domain registration. While innocuously named, CREW serves as a left-wing attack dog and the group’s roster shows a team of well-trained and hyper-connected D.C. insiders.

Take Nick Hackworth, for example. He’s part of the the leadership team and for good reason: he has a sterling resume for his post. During President Barack Obama’s 2012 re-election fight, he served as the president’s opposition research director.

Another leadership team member, Robin Brand, is a long time Democratic Party activist. She served as an executive for Campaigns for the Gay and Lesbian Victory Fund and the associated Victory Institute. She is now president of RMB Strategies, another left-wing political consulting firm in D.C.

Even the public relations firm retained by CfA has an impressive resume of left-wing partners. FitzGibbon Media works with the environmental radicals 350.org, the big labor foot soldiers at the AFL-CIO and former New York City Mayor Michael Bloomberg’s anti-gun group Everytown, among many others.

Their money flows from the usual sources. A right-wing site dedicated to exposing CREW revealed the left-wing group received at least $250,000 from liberal billionaire George Soros in 2008, plus more from Democracy Alliance, a progressive coordinator in the nonprofit world.

Others have taken notice of CREW’s tactics. “Since its founding in 2003, CREW has worked through legal and regulatory channels to press allegations of impropriety almost exclusively against Republicans,” wrote Time Magazine in 2006.

In 2012, CREW waded into the ongoing Montana U.S. Senate race when it asked the Flathead County sheriff’s office to disclose documents pertaining to a 2009 Flathead Lake boat crash that involved Republican candidate, then-U.S. Rep. Denny Rehberg. Despite former Montana State Sen. Greg Barkus taking full responsibility for the accident, CREW attempted to argue that Rehberg had somehow lied to investigators about his own involvement.

And if there’s concern about high pay for political work, CREW’s director, Melanie Sloan, should get a look, too. CREW’s 2013 IRS 990 form reveals that Sloan brought home $260,669 that year, putting her firmly in the top 2 percent of American earners.

“These types of organizations have just destroyed Western public lands  through this kind of  litigation and bullying tactics,” he said. “They’re so afraid of the success that the transfer of public lands movement is having that they’re stooping to these kinds of bullying tactics because they can’t tolerate basic political debate.”

Ron Catlett is the communications director for Media Trackers Montana and Dustin Hurst serves as the news director for IdahoReporter.com.