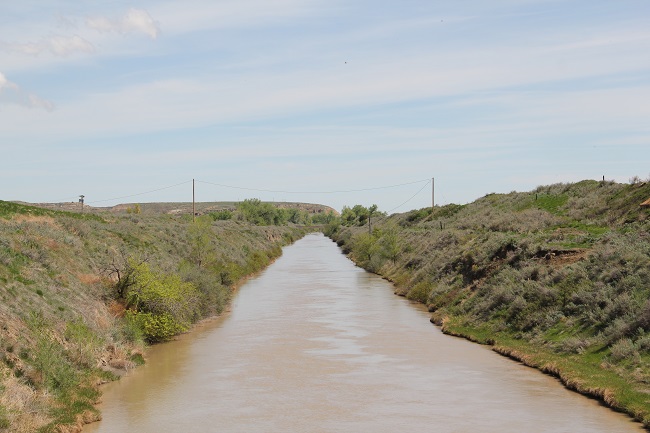 Montana Republican Attorney General Tim Fox has indicated that a lawsuit filed by his office and other states’ attorney’s general is a very real possibility in the wake of the announcement of the Environmental Protection Agency’s (EPA) new “Waters of the US” (WOTUS) rules.

Speaking with the Northern Broadcasting System’s Aaron Flint on yesterday’s “Voices of Montana” radio program, the attorney general stated that his office would have to review the final rules, but that legal action was “likely” if the final rules were similar to the rules proposed last year.

“I would anticipate that, if the final rule looks anything like the proposed rule on the waters of the U.S., there will likely be legal action and we’ll probably see a number of states’ attorneys general and governors bind together to do that,” Fox said.

The proposed rules have generated a large amount of blow back from farming and ranching groups, particularly out west, as well as business groups who claim that the rules amount to an unprecedented power grab by federal regulators and that they could give the federal government the ability to regulate everything from ditches to spring runoff on private land.

Both Republican members of Montana’s Congressional Delegation, U.S. Sen. Steve Daines and U.S. Rep. Ryan Zinke released statements yesterday blasting the EPA, with Daines stating that the new rules “by expanding expanding the EPA’s powers to regulate virtually any spot across the country that is occasionally wet, this new rule has the potential to cripple Montana’s agriculture and natural resources industries.”

Attorney General Fox’s office has been monitoring the issue since the EPA announced preliminary WOTUS rules last year. In November of 2014, Fox sent a letter to EPA Administrator Gina McCarthy requesting that the agency withdraw the proposed rules.

In the letter, Fox stated that rules go beyond the bounds and intent of Congress when it passed the Clean Water Act by violating state sovereignty, fly-in-the-face of U.S. Supreme Court statements that the Clean Water Act’s jurisdiction only extends to waters that have “significant nexus to core waters,” and go beyond what is allowed in the U.S. Constitution’s Commerce Clause.

“Following your review and assessment of comments received, I urge you to withdraw the current proposal and replace it with a proposal that defines ‘waters of the U.S.’ in a manner that better reflects the limits of  the Commerce Clause, Congress’ clearly stated intent, and the guidance of the U.S. Supreme Court,” Fox wrote in the letter.

“We’ll review the new regulations carefully, focusing on the legal and constitutional concerns we raised in the 11/12/14 letter to EPA Administrator McCarthy and Army Secretary McHugh,” Barnes said. “It’s possible other legal concerns may arise if the final regulations differ in any way from what was proposed originally.”