Around 3:30 a.m., a Summit Air Ambulance helicopter spotted the man’s headlamp along the Ridge in the area of Sacajawea and Naya Nuki peaks.

The helicopter touched down on the mountain and flew the hiker down to the Gallatin County Fairgrounds where his friends waited. Other than cuts and scrapes, he was unhurt.

While everyone is glad the hiker made it home safely, the story caught the eye of Shawn Regan with the Bozeman-based PERC (Property and Environment Research Center). Regan noted that other states across the country are now requiring hikers and other back country adventurers to pay for their own search & rescue efforts.

Advancing legislation would create voluntary “hike safe” cards—$25 for an individual and $35 for a family a year—that would free them from footing the bill if they are found negligent when needing rescue. Thanks to a 1999 law, New Hampshire is among several states that can bill people after plucking them from the wilderness.

Eight states have rescue-billing laws on the books, although they are often not enforced, said Howard Paul, spokesman for the National Association for Search and Rescue. Colorado also issues cards people can buy for $3 a year or $12 for five years to support rescue teams, although the cards aren’t considered insurance against incurring costs, a spokeswoman for Colorado’s Department of Local Affairs said. County sheriffs decide whether to charge people for any costs, she said.

In fact, Regan first approached this topic back in 2010 in an article for the Cato Institute headlined “Yuppie 911.”

Before the advent of helicopter rescues on Alaska’s Mount McKinley in the 1970s, few people attempted to climb North America’s highest peak, and those who did knew they were completely on their own. Prior to 1970 there were only 35 rescues on the mountain, but in the 1976 season alone there were 33 rescues.

Rescue efforts require the use of tremendous amounts of limited emergency resources.Most public land agencies contract with the U.S. Coast Guard and other agencies for emergency helicopters, which cost upwards of $4,000 per hour. But personal locator beacons often cause officials to over-respond with helicopters to minor or nonexistent emergencies. 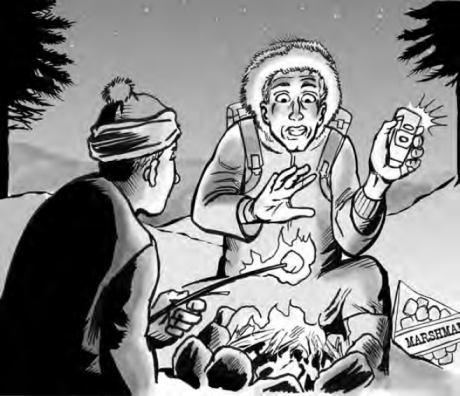 I say bill ’em, and let the free market offer an insurance solution to spread the risks out.
“If you like your rescue, you can keep your rescue!”