It’s only been five years and already the federal government is nearly doubling its estimate of recoverable oil in the Montana and North Dakota region.

I first mentioned the news live on the air during our statewide radio talk show, Voices of Montana, Tuesday morning as Haylie Shipp passed on the news that the US Geological Survey now estimates that 7.4 billion barrels of recoverable oil exists in our region. 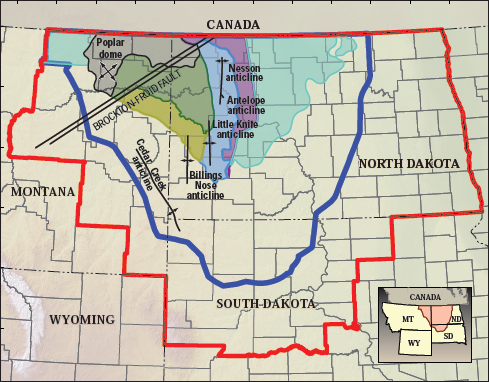 “This new data is exciting for North Dakota, and for the United States, as we continue to work toward the important goal of national energy security. I want to thank Senator John Hoeven for making such a strong case to the USGS for an updated study. Today confirms its need,” Cramer said.

I also got instant reaction from Congressman Steve Daines (R-MT) who joined me in the 2nd half of today’s show.  Click here to listen to his reaction.

Daines echoed sentiments similar to his remarks at the recent GOP “Shrimp Peel” in Choteau, Montana. First-term U.S. Congressman Steve Daines, the keynote speaker, gave a stem-winder of a speech that brought the crowd to their feet. Daines’ delivery was pointed as he spoke about the nation’s energy independence being “within our grasp” during the decade. Daines added that the progress towards eliminating America’s dependence on foreign sources of energy could still be stymied by “… extreme environmentalists, President Obama, and the Environmental Protection Agency.”

Rep. Daines was on a roll as he talked about his recently introduced Montana Land Sovereignty Act. According to Daines, his legislation arose out of the abuse of the 1906 Antiquities Act by President Bill Clinton, “The Antiquities Act was intended to be used for small, archeological monuments.” The Congressman cited such examples as Pompey’s Pillar, which covers 51 acres, and the Little Big Horn Battleground, which occupies an area of 700 acres.

In describing his proposed act, Daines said it should be up to Montanans to decide the fate of public lands within the state.

“These world-class formations contain even more energy resource potential than previously understood, which is important information as we continue to reduce our nation’s dependence on foreign sources of oil,” said Secretary of the Interior Sally Jewell.  “We must develop our domestic energy resources armed with the best available science, and this unbiased, objective information will help private, nonprofit and government decision makers at all levels make informed decisions about the responsible development of these resources.”

A key component of President Obama’s all-of-the-above energy strategy is the availability of sound science to guide informed decision-making regarding the safe and responsible development of America’s domestic energy resources.

“The USGS undertook this assessment of the Bakken and Three Forks Formations as part of a nationwide project assessing U.S. petroleum basins using standardized methodology and protocol,” said Acting Director of the USGS Suzette Kimball.  “Through this improved understanding of our energy resources, government, industry, and citizens are better able to understand our domestic energy mix and make wiser decisions for the future.”

Since the 2008 USGS assessment, more than 4,000 wells have been drilled in the Williston Basin, providing updated subsurface geologic data.  Previously, very little data existed on the Three Forks Formation and it was generally thought to be unproductive.  However, new drilling resulted in a new understanding of the reservoir and its resource potential.

The primary source of oil for the Bakken and Three Forks Formations are the Upper and Lower Bakken Shale Members of the Bakken Formation. USGS assessed the Bakken and Three Forks Formations for both continuous and conventional resources.  Unlike conventional oil accumulations, continuous oil remains in or near the original source rock, and instead of occurring in discrete accumulations is dispersed heterogeneously over large geographic areas.

The geological foundation that underpins the assessment was facilitated by data provided by the North Dakota Geological Survey, North Dakota Industrial Commission, Montana Board of Oil and Gas, and multiple industry groups working in this region.  This new information and data allowed USGS to develop a more robust geologic model and understanding of the petroleum system of the Bakken and Three Forks Formations.

To learn more about USGS energy assessments and other energy research, please visit the USGS Energy Resources Program website, sign up for the Newsletter, and follow USGS on Twitter.  For more information on the Interior Department, see www.doi.gov.