It’s the area where the Keystone Pipeline would first enter the United States.  It’s the area where Bakken oil is plowing cash into the state’s budget for schools and other programs.  It’s also home to some of the nation’s finest farms and cattle ranches, operations which could be threatened in an area where leaked documents from the Department of Interior suggest the creation of a new national monument.

One ruling out of the Great Falls, Montana district in federal court could block the Keystone pipeline (if ever approved), put a stop to fracking (hydraulic fracturing used in the Bakken), place sage grouse on the Endangered Species List, and much more.  And now that lifelong appointment is up for grabs.

Think those concerns are overblown?  Well, Montanans can look no further than the Missoula district where US District Judge Don Molloy has served as a reliable friend to radical environmental groups seeking to halt timber and mining projects in the Western part of the state.  It was also Judge Molloy who restored Endangered Species protections for wolves. That is, until he was overwhelmed by public opposition, and then decided to hand an election season favor to a certain senator seeking re-election in 2012.

Is Sen. Max Baucus (D-MT), the man who placed Molloy on the bench (via President Clinton), looking to install the same type of activist judge in the two other federal judgeships in Montana?  We will find out once we see who he eventually recommends to President Obama, but he may very well be on course to do for the rest of Montana what he did to the Western part of the state with Judge Molloy.

While it is oftentimes hard to get any sort of real background info on judicial nominess, at least one leading nominee for the Great Falls district appears to be a climate hawk who may be hostile to oil and gas-related economic development.

Remember that climate change lawsuit that used little kids to try and press their case before the courts?  Former Montana Supreme Court candidate Elizabeth Best was the attorney pressing the case.  Best also took the unusual step of writing an op-ed touting the case in The Great Falls Tribune: 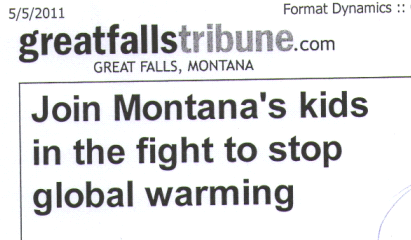 I did reach out to Best via phone calls and emails to her office, which were not returned.  While a link to the GFT op-ed couldn’t be found on their site, I did find it posted in another location.

Who else made the short list?  If you missed it earlier this year, The Billings Gazette posted names: