It’s quite a show when you can book the man known as “the gossip king of Vegas.”  To top it all off, “the gossip King of Vegas” also happens to be a native Montanan.

On Friday he joined us for our live show of “Voices of Montana” from Las Vegas.  He’s had a long career as a sports writer for The Billings Gazette, The Rocky Mountain News, and others.  Now, for more than a decade, orm Clarke has been writing a gossip column for The Las Vegas Review- Journal.

On Friday’s show we were broadacsting live from The Venetian Hotel right on the strip in Vegas.  Who else was spotted in our same hotel?  Leave it to gossip king Norm Clarke to have the scoop.

Today’s column in The Las Vegas Review-Journal features this:

It’s good to be Kings.

The Los Angeles Kings moved their marathon celebration to Las Vegas on Friday, where they shared the storied Stanley Cup with surprised fans at a packed nightclub and two pool parties.

A royal welcome erupted when they arrived about 1 a.m. at Tao nightclub at The Venetian. A roar went up when revelers realized they were partying with the Stanley Cup and the Kings, who won their first NHL title on Monday.

By the way, congratulations are in order for Norm.  The Terry, Montana native who attended Miles Community College in Miles City, Montana recently announced his engagement in The Terry Tribune, his hometown paper.  If you’re on Twitter, give him a follow @Norm_Clarke.

If you’d like to listen to Friday’s live show from Las Vegas which featured Norm Clarke, click here to visit our podcast page.  It was a great chat.  As a former waiter, I particularly appreciate his column focusing on cheap celebrity tippers.  He writes about cheap tippers, and being “bitch-slapped” by Pete Rose in his book “Vegas Confidential: Sinsational Celebrity Tales.”

Pictured below is a photo of me with Norm’s book shortly after he appeared on the show. 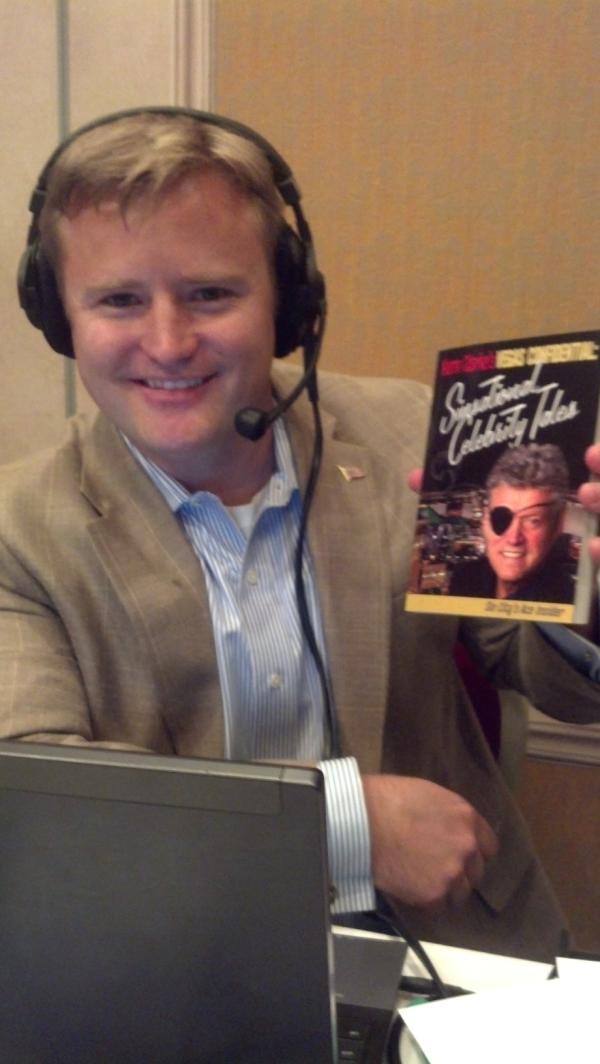