The President of the University of Montana stepped into a pair of women’s high heel shoes and took a symbolic stroll across the UM campus Wednesday, as The Missoulian’s Chelsi Moy reports.  It was all part of an effort to repair the University’s public relations image after a series of rape allegations.

The Missoulian added this:

The men’s march is part of an international event sponsored locally by the UM Student Assault Resource Center to stop rape, sexual assault or gender violence.

Of course, all the focus has been on the football team, as several players have already been apparently convicted in the court of public opinion. 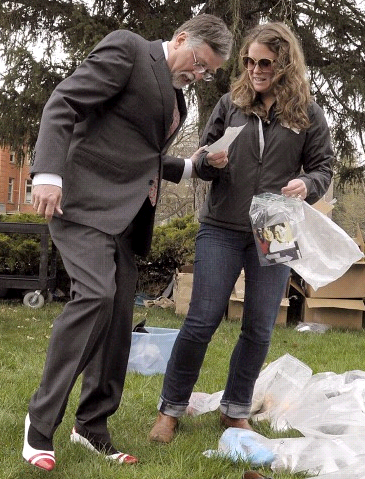