“Heavy Flow on the Mighty Mo”- that’s how The Good Evening Glasgow’s Kelly Siefert headlined the dramatic rise of Fort Peck Lake, the Missouri River, and the corresponding flows that will be forced to travel to a weary downstream populace.

Downstream neighbors to get hit hard with flooding

While the Fort Peck Spillway has generated some fascinating sight-seeing adventures for locals and tourists the past couple of weeks, it’s definitely not favorable to our downstream neighbors – all the way to the Mississippi River. And as far as water being released from the spillway (about 10,000 cubic feet per second last week), b-b-b-b-baby, we ain’t seen nothing yet!

Releases from the Missouri River reservoirs will reach historic levels in the coming weeks, the result of above-normal snow in the mountains and extraordinary rain over the last several weeks. In the last month, the upper basin has received a year’s worth of rain. With the arrival of the 140 percent-of-normal snowpack runoff, all the reservoirs will reach their maximum levels.

At these levels, additional releases do not significantly change the foot print of the flooding, only the depth. Significant flooding in cities, towns and agricultural land is expected in North and South Dakota with many areas from Sioux City, Iowa, to the Mississippi rising above flood stage. The Army Corps of Engineers is encouraging residents to make evacuation plans in preparation of what lies ahead. Flooded areas are expected to be inundated for several months.

Spillway 2 photo:
With the exception of a couple of days, we’ve had rain every day for the past week and a half. While the Milk River continues to flood, the upper Missouri River and Fort Peck Reservoir are also on the rise – lotsa snow, lotsa rain. As of around 7:00 Tuesday morning, Fort Peck Reservoir’s elevation was at 2244.68 feet; the top of the spillway gates (full pool) has an elevation of 2,250 feet. This was the scene of water flowing down the spillway on a drizzling Sunday morning. 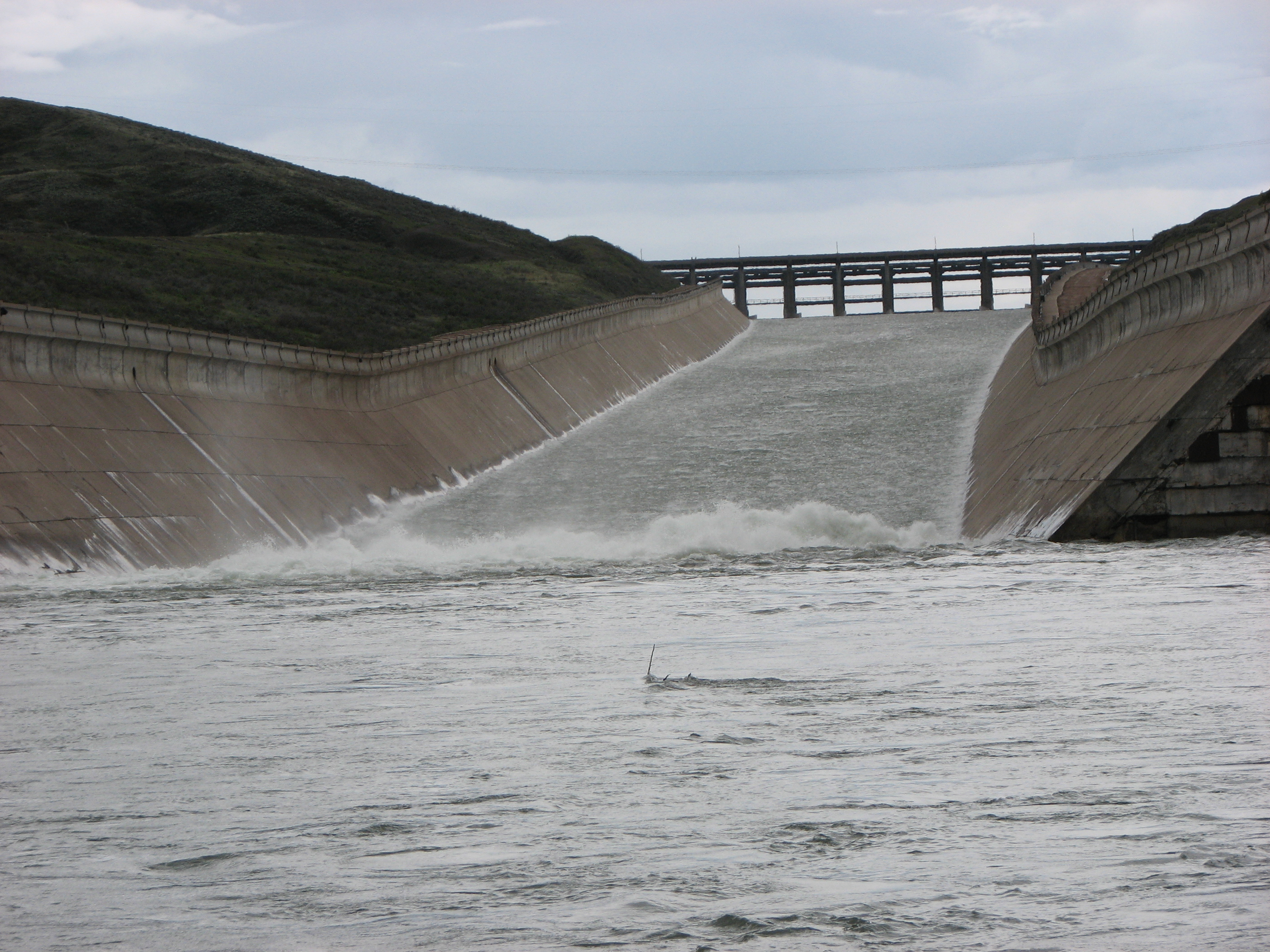 Spillway bottom:
It would probably be fun to do some “tubing” down the spillway… until you hit the bottom end. This was the scene from Norm Sillerud’s jet boat Sunday afternoon where the current is raging, to put it mildly. It was quite an adrenaline rush to be in the middle of it all. 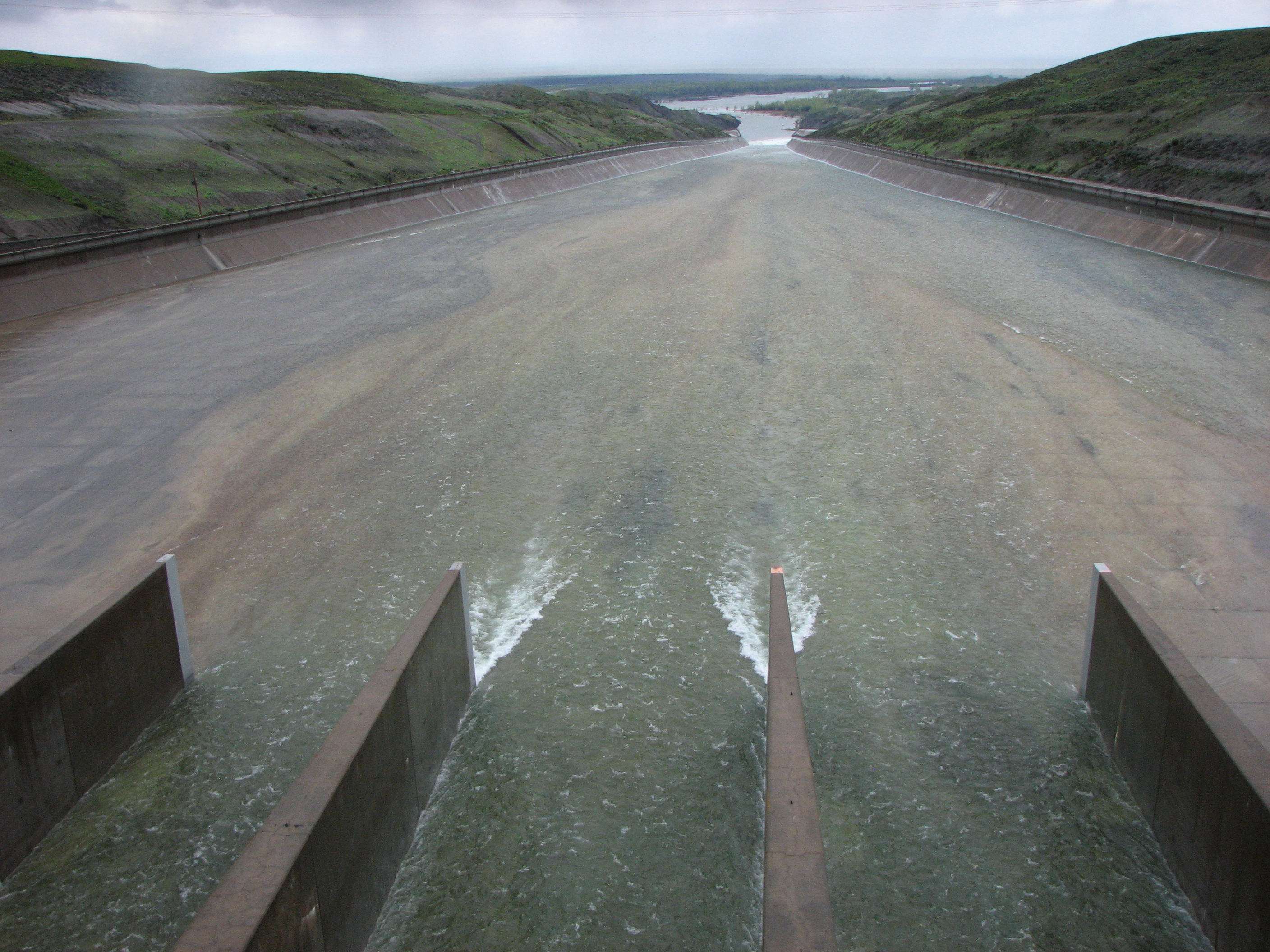 Spillway 3:
Just five of the 16 spillway gates were releasing water: three in the center and two on the far right. All this water in just four years as, during the first week of February 2007, Fort Peck Reservoir set a record low elevation of 2,197 feet. 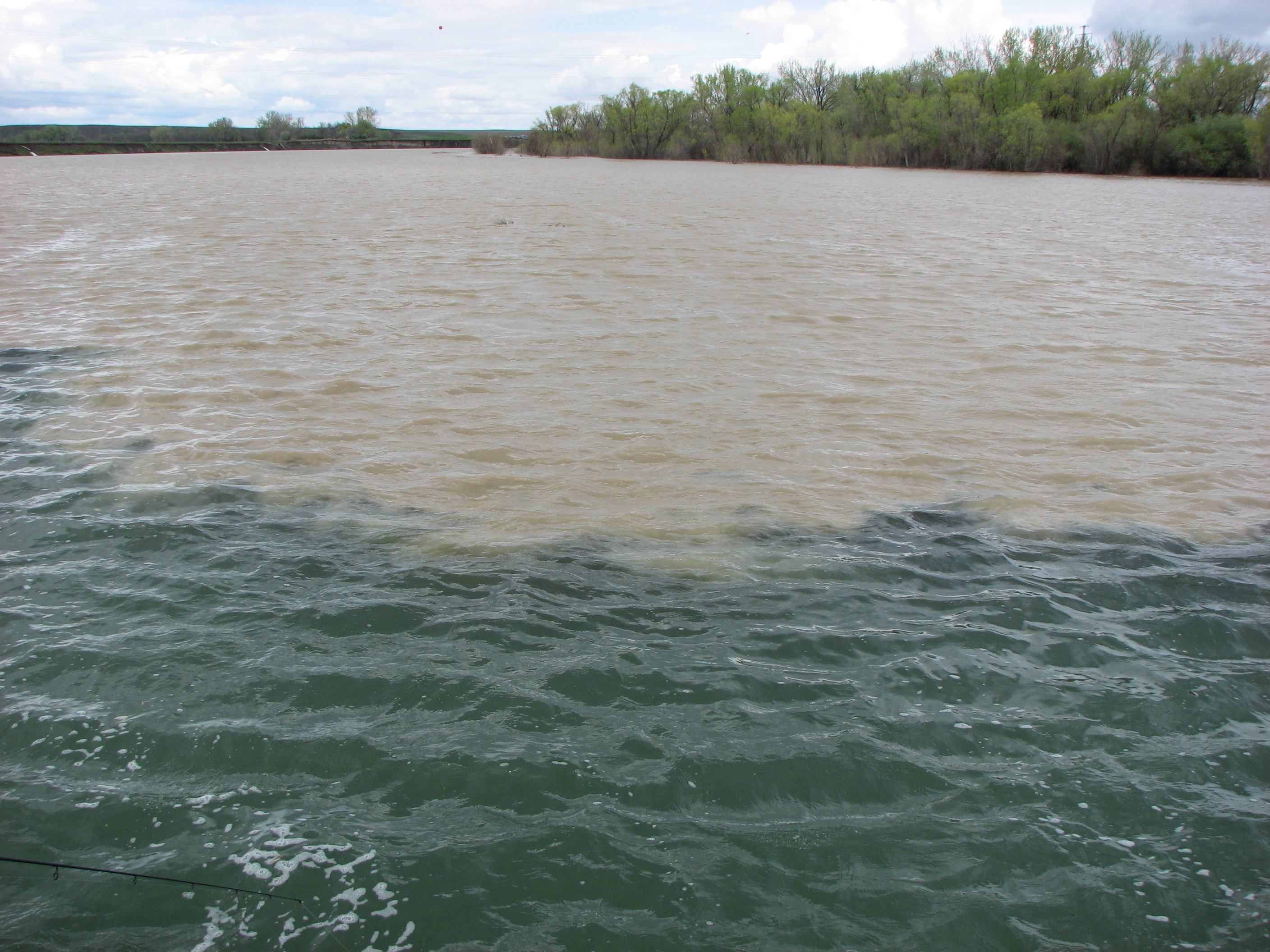 Where the Milk River meets the Missouri River.