As busload after busload arrives in the State Capitol for a public employee union rally titled “Don’t Fool with Our Future,” a conservative blog is calling out the state’s public employees- 750 of whom make more than $74,000 a year.

Here’s a link to the flyer on the MEA-MFT union website.  Folks at the Capitol tell me a large turnout is expected, especially considering the advertising run by the union in the run-up to the event.

Meanwhile, University of Montana College Republican Austin James is fighting back with this post on the “Treasure State Politics” blog.

A new document obtained by TSP reveals that over 750 state government employees receive $75,000 or more in base salaries, courtesy of unsuspecting Montana taxpayers.

The highest-paid state employee on the list makes over $252,000 a year. That’s more than 7 times the average Montanan’s wage.Not surprisingly, the individual making this absurd salary is in charge of the agency that’s left our state with the highest workers’ compensation premiums in the country.

At a median salary of $87,270, these 750 state employees account for over $130 million of the state’s biennial budget. Of course, these salaries don’t reflect the extensive benefits bestowed upon the richest of the rally goers. As the state’s own website points out, full-time employees of the state are “eligible, on a yearly basis, to earn 15 days of vacation, 12 sick days, 10-11 holidays (depends on election cycle) as well as full health and dental benefits, life insurance and retirement.”

James added that college students were asked if they wanted a free trip to Helena to promote higher education for the last rally, and were instead used as a backdrop by the public employee unions to support state employee pay increases.

Here’s a snapshot of some names topping the list: 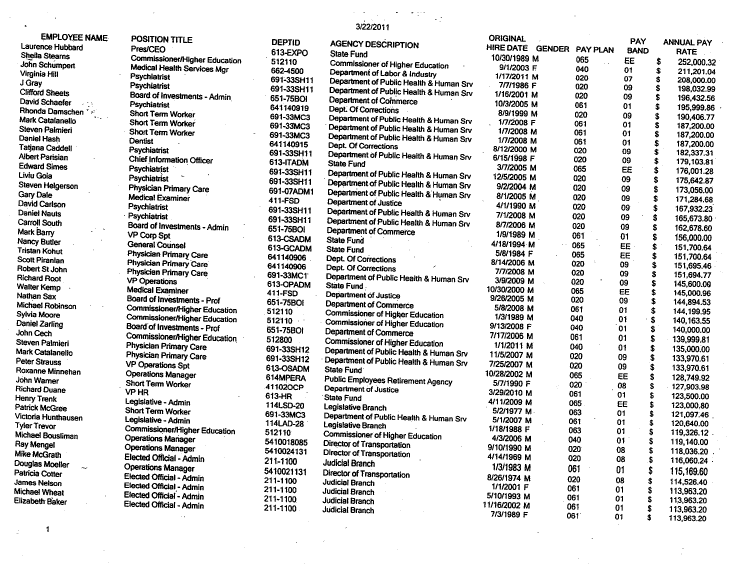